The Beginning of a Healthier Lifestyle? 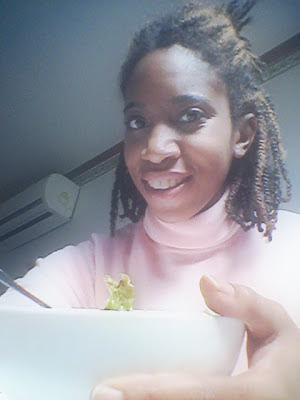 So, I have been making some efforts to eat better. It's not a new years resolution or anything like that, but something I started at some point within the last year since I knew I wasn't really eating the right things.

It's not a weight issue either, since I have never been overweight.

However, I know that I had always been in love with all of the bad foods. In my college days, I ate lots of fatty beef, lots of meat and hardly any vegetables. I also loved to fry my food and eat lots of grease. Sometimes when I made tacos, I didn't even drain the beef because I thought it made it taste better!

I had one particular ex who was a food snob, and I learned about different ways of eating and I learned to cook more. In college, I also met folks with dietary restrictions for the first time. Being say, vegan or even vegetarian was unheard of in my hometown when I was growing up. Well, we knew it existed, but it was surely something for wussies.

As a result, I grew up in an environment that valued lots of fat and junk. I loved junk food! And meat. But now I know it's not really good for you.

I've been making small efforts, although it's been difficult. For example, you're not supposed to eat red meat more than once a week, and even that is considered too much. However, last Wednesday I cooked a beef curry, and went out with coworkers on Thursday and ate ribs. On Friday, I ate dinner with a friend at an all-you-can eat Indian place and ate red meat again. The social pressures are pretty high. But I'll try anyway.

I'm proud of myself for making a simple salad this morning. I'm not good at putting them together yet, but it tasted good at least and that's what matters, right? I haven't bought junk food for my apartment for two weeks.

My ultimate goal is to very rarely eat junk food, just like I already rarely drink soda (a natural thing, since I have always preferred water). I want to control my portion sizes, and know when to stop eating when portions are too big. I also want to rarely eat beef and reduce my overall meat intake while increasing vegetables. I made a curry two days ago with more vegetables than meat. On the other hand, last night I made hamburger helper... with just a little beef, but that's still bad!

Anyway, with my efforts, and improved cooking ability, I'm hoping to reach my dietary goals!
Posted by Little Lady at 12:20 PM