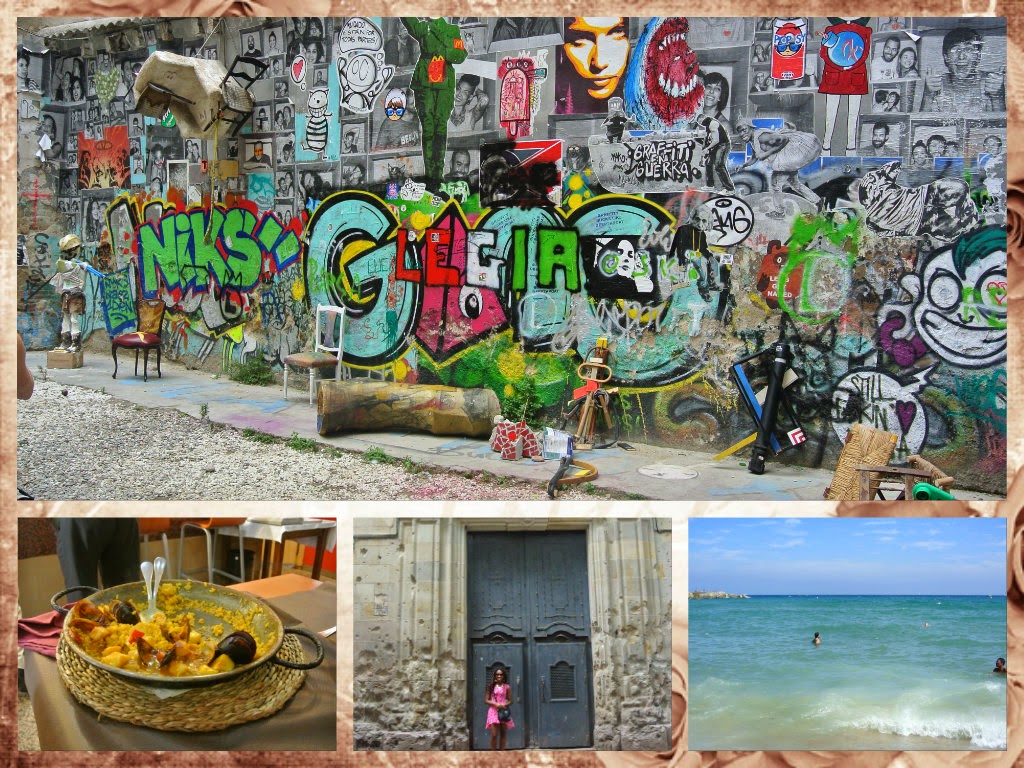 The next day, which was a Sunday, I wasn't sure what to do, so I check out the internet to see if there were any events going on. A guy said that he was going to the beach, so we chatted and I decided to join. When I got there, he was nowhere to be found! Alrighty then. So, Sunday was my peaceful day at the beach in the blazing hot sun. I got a nice tan out of the deal.

The beach I went to was La Barceloneta. It was a decent, city beach, but more crowded and had ,ore floating stuff in the water than the beaches in Basque Country. It has its own metro station, which is a few blocks away if you walk out of the station entrance and turn right (Probably following a huge crowd of people).

After my time at the beach, I went to a Couchsurfing event which was a meet and greet and language exchange. There were a few strange people there, but there were some cool people there too. I met a guy chit chatting who turned out to be from Barcelona. When I told him I was hungry, he whisked me out and we went to a tapas place. The tapas were great! We discussed some topics, sipped on some wine, then it was time to go. He insisted on paying, which raised a small red flag. I suggested we go back to the event. He whisked me out again to go to the beach in the evening.

He walked me to his car, and I refused the ride, asking to walk instead. We went to a beachside bar, which was nice, especially sitting under a full moon. Ordered some beer. This time, he started getting closer to me so to speak. The highlight of this conversation was when he mentioned me being morena for the 4th or 5th time. Those other morenas weren't ladies, he said. "But you are a lady!" At this time he is rubbing my arm. My fire sirens went off and I immediately thought of an escape plan. Although the man suggested that I "loosen up" because "you only live once," I told him that I was tired, but that he can find me online.

The day felt long, not to mention, a local man twice my age whispered that I should go out with him. I was definitely done for the day! Thank God that getting to the hostel was easy enough. When I got back to Urbany hostel, the same man from the night before stopped me. This time, he was angry.

"Hey! We did you a favor last night, but tonight you have to pay! You still haven't paid for your room!" I explained that I tried to pay the day before, and that I could have paid him right then, as a matter of fact. They just won't accept my cash.

At that point, he informs me that "nobody takes 200 euro bills in Spain," and that I somehow should have known that. I told him that I didn't know their policy ahead of time, and if it was that big of a deal, they they should make sure travelers know that before arriving. Not being from Spain, or Europe at all, I had no way of knowing that it was customary for them not to accept their own cash. The Urbany receptionist asked me whether businesses in America accept $100 bills. Um, yes, why not? It's cash... The best thing someone can give. The other receptionist tells him in Spanish not to do me any favors, thinking I didn't understand. After them causing this ridiculous scene at the desk in front of a bunch of other people, I had to put my foot down. It was Sunday, and the banks didn't open until Monday. They can either take my perfectly good cash, or they will be waiting until the next Morning. No, I will not be surrendering my passport as collateral. That was that. 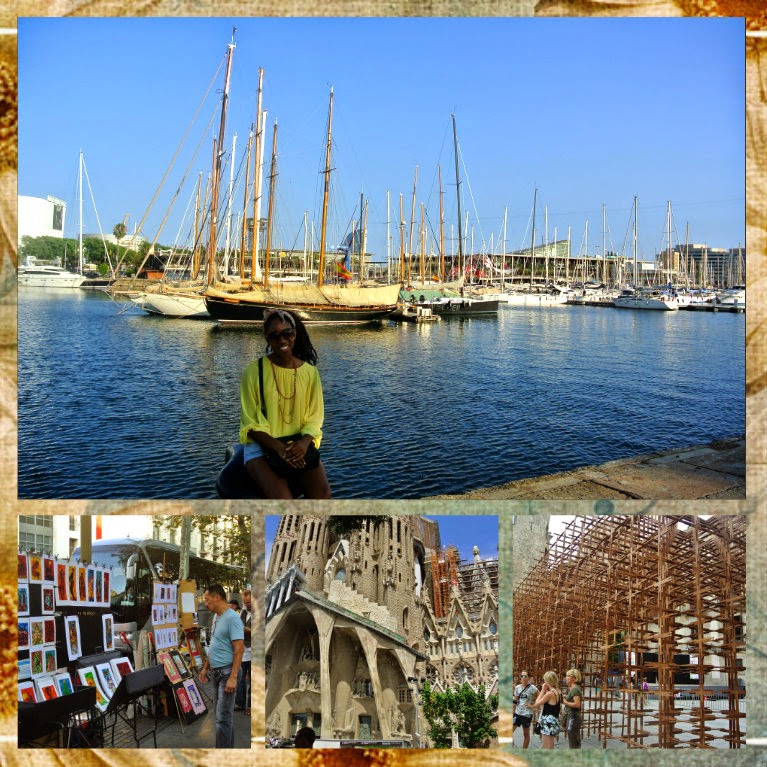 The next day, I found out that another girl, Canadian, had gotten all of her money and her passport stolen. She had gone to the consulate to get that taken care of, which turned out to be an all day thing for her. I was talking to a second roomie about Urbany's epic bad service when a staff member walked in demanding where the Canadian girl was. We explained her problem, and we were met with attitude. "Well, she should have left the consulate and came back to make sure she checked out by 10.30!" Um, okay. There's actually way more where that came from during my 5 day stay. I just don't really want to make this blog post all about them. Long story short, the staff members were a low point.

I met with a friend from Argentina. I met her in Buenos Aires back in 2007 when I used to intern at a Spanish academy where she was the director. I hadn't seen her since 2008. That said, it was great seeing her again! We talked a lot about out lives now, and she showed me a bit of Barcelona. She told me what she loved about her current city. Understandably, she had no plans to return to Argentina outside of visiting her family. Ate some amazing paella! Found out my tummy was hurting and bought some medicine.

The following day, I went on the free tour that they offer around the city. I totally recommend it! The guides I had were happy, eager people. I finally took some pictures and felt like I was getting to know the city better. A man from Peru invited me to his place for Peruvian food after I indicated that I wanted so,eome to go to the beach with. I would have loved to actually swim for once! Being a solo traveler does have its downsides!

I got to this mans place, and he said he didn't feel like cooking. Fair enough. We bought pizzas and at half of them. I drank some rum mixed in with fruit juice. He told me he had a surprise. It was a shot. That was great, but it was a bit large and I'm not a big drinker. I compromised by drinking a little. He was disappointed, but took me to his roof. He had a great view of the city. He brought up more drinks, pulled out a mattress, and plopped down. He started up so,e Peruvian music. It was all good, but weren't we going to the beach? He started texting, in his own world. I merely sipped this next drink to make it look like I'm drinking. The big problem was, this guy didn't want to talk about anything. Every time I asked him a question to start a conversation, I felt like I was bothering him. I asked him if he wasn't a big talker. He seemed offended by the question. I made plans by text message with another man from Portugal who said he was serious about the beach. I made my excuses and left.

I actually swam at the beach this time, and was able to be at least a little happy about the rest of my time in Barcelona. There were some low points, but I felt that I had a fundamental clash with the culture here. Aside from being told that the Catalans weren't great with customer service, I felt it was a city mainly for partying and fast romance.