This year is coming to a close, and I can't believe it!

So, what's going on with Little Lady? A lot of things in a short period of time! Here are some of the most exciting things that have occurred this year:


First, there's a new man in the picture. I've historically dated around, so a few men have appeared in this blog. This time's a little different, since he's a new boyfriend. Hopefully, this guy will see how wonderful I am (haha) and will stick around for awhile. We met at a bar last May, and have spent a lot of time together since then. We're planning on moving in together this upcoming Spring. We might drive each other crazy, but that's okay!

Second, the vacations. This year has really been the year of vacations for me. How do I still have money? That's a mystery! I went to Spain for a few weeks for my summer vacation. For Korea's Chuseok holiday, my boyfriend and I trotted off to Busan, a port city in Korea. Soon we're heading to the Philippines to finish off the year!

Third, I've finally finished up my coursework to get my teacher's license. I had been doing the TeacherReady program, and this year I was able to wrap up the online portion, plus the student teaching. Almost done!

Fourth, it has been a creative year for me. I wouldn't consider myself an artistic person, but I've been proud of my creations. I've mastered a couple of new hairdos, and have gotten a lot better at adding extensions to my hair.  I've done braids and twists that turned out looking pretty good! I ran out of my favorite American lip color, so I used an online tutorial to help me make my own with a crayon. I've been able to whip up some dishes too. For our Christmas dinner, we ordered a turkey meal from the Army base, but I thought it was a good idea to add to it. I ended up making a delicious macaroni and cheese along with garlic spinach.

Fifth, using recent events involving police brutality in the US, I was able to incorporate real life into my social studies classroom. I made an anti-police brutality sign, which ended up being a huge hit for my kids. I attended a similar rally in Seoul, and that demonstration ended up in the local paper. Pretty cool, huh?

The good news is, I expect next year to be just as eventful.

Soon after celebrating the new year in Boracay, I'll finish up with my current job. My plans are to head back to the states in the Spring to take my teacher certification exams. Provided that I pass them, I will return to Korea and apply for international school positions worldwide. If all goes according to plan, by Fall 2015 I will be heading to a different country and working at an international school for the next couple of years. 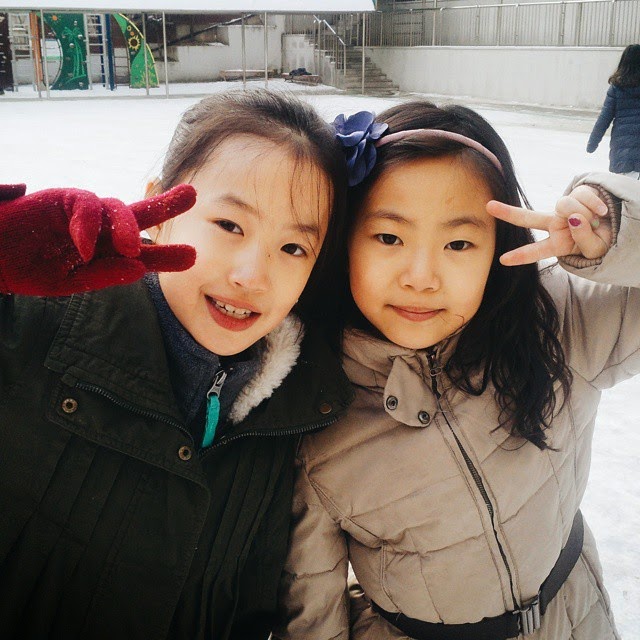